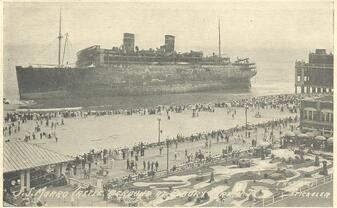 ​On September 8 of 1934
The ocean liner SS Morro Castle headed for New York from Havana catches fire in the Atlantic, losing its engines and drifting to the beach near the Asbury Park Convention Hall. The fire, whose cause was never conclusively determined, results in the deaths of 137 passengers and crew members. 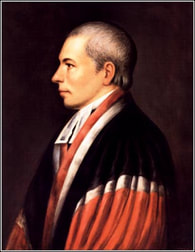 On September 9 of 1806
​William Paterson, justice of the US Supreme Court appointed by President George Washington and former New Jersey Governor, Chancellor, Attorney General and US Senator, dies at the age of sixty. Paterson's father Richard  had brought his family to America from Ireland in 1747 and after working as a traveling peddler of household goods, was able to purchase a general store in Princeton along the main road from New York to Philadelphia and across from Nassau Hall, which became the site of the College of New Jersey (now Princeton University). William enrolled in the College in 1759 at the age of 14, and after graduation became a prominent attorney who was selected as a delegate for the first three provincial congresses of New Jersey, where, as secretary, he helped write the 1776 State Constitution. As a delegate to the 1787 Philadelphia Convention in Philadelphia, he proposed the New Jersey Plan for a unicameral legislative body with equal representation from each state, which formed the basis of the Great Compromise for two legislative bodies: a Senate with equal representation for each state, and a House of Representatives with representation based on population. In 1793, he resigned his seat in the Senate to accept appointment to the Supreme Court, on which he served until his death in 1806.
​
On September 10 of 1955
Bert Parks begins a 25-year run as host of the "Miss America Pageant" broadcast by NBC from Atlantic City.

On  September 11 of 2001
Four airliners are hijacked by 19 al-Qaeda terrorists, with 694 New Jersey residents killed of the total 2,996 dying in the attacks by hijackers who crashed airplanes into the World Trade center's twin towers and the Pentagon, as well as the crash of a fourth hijacked plane, which had taken off from Newark Liberty International Airport bound for San Francisco, but which  crashed in a field near Shanksville in Somerset County, Pennsylvania, after passengers—learning of the earlier hijackings over cellular phones-- attempted to overpower the hijackers and retake control of the plane. Middletown Township in Monmouth County had 37 residents die in the World Trade Center attacks, more victims per capita than any other place in the state and the second hardest hit city after New York. In November 2002, President George W. Bush appointed former New Jersey Governor Thomas H. Kean to chair The National Commission on Terrorist Attacks Upon the United States (popularly known as the 9/11 Commission) created by Congressional legislation to investigate the attacks, which in 2004 issued a report pointing to failures of the CIA and FBI to share information on suspects they had identified as potential terrorists and recommended reforms in how federal agencies were structured to improve coordination of intelligence probes.

On September 12 ​of 1940
An explosion of nearly 300,000 pounds of gunpowder kills 51 workers and injures over 200 at the Hercules Powder Co. plant in the Kenvil section of Roxbury Township in Morris County 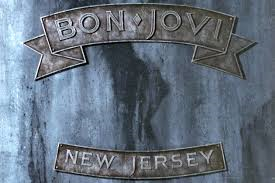 On September 13 of 1988
The rock band Bon Jovi releases their fourth album, named after their home state, New Jersey

​
On September 13 of 1776
William Livingston, elected as New Jersey's first state governor following the Declaration of Independence, gives his inaugural speech to the legislature, reflecting on the path the state had taken, contrasting independence against the “long … system of despotism concerted for our ruin … and … attempted to be enforced by the violence of war.”

On September 14 of 1944
​"The Great Atlantic Hurricane of 1944" results in nine deaths and injuries to another 390 people in New Jersey, along with 400 homes destroyed and damages to more than 3,000 others.

On September 15 of 1958
A Central Railroad of New Jersey commuter train runs through an open drawbridge near Bayonne, with the locomotive and leading cars plunging into  Newark Bay, killing 48, including former New York Yankees second baseman George "Snuffy" Stirnweiss
​ 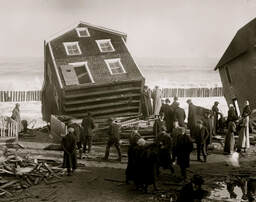 On September 16 of 1903
The 1903 New Jersey hurricane, also known as the "Vagabond Hurricane," is the first and only known Atlantic hurricane to make landfall in New Jersey since records were kept starting in 1851. The storm causes extensive damage, destroying hotels, homes, boardwalks and stores in Atlantic City, Asbury Park and other shore resorts.
​
On September 17 of 2016
A pipe bomb bomb explodes in a trash can in Seaside Park, followed later that day by explosion of a homemade pressure cooker bomb in the Chelsea neighborhood of Manhattan. Thirty-one people are injured in the Manhattan bombing. Two days later, Ahmad Khan Rahami, a 28-year-old Afghan man and naturalized US citizen whose family operated a takeout restaurant in Elizabeth, is arrested in Linden; he subsequently was tried, convicted and sentenced on February 13, 2018, to  life in prison without parole.
​
On September 20 of 1881
Chester A. Arthur, after being sworn in as president at his apartment in New York City after being notified of the death on the night before of President James A. Garfield, stops in Elberon to pay his respects to Garfield's widow and family on his way to Washington.
​
On September 21 of 1927
New Jersey Governor A. Harry Moore and New York Governor Al Smith join in groundbreaking ceremony for construction of a bridge across the Hudson River which later would be named the George Washington Bridge
​ 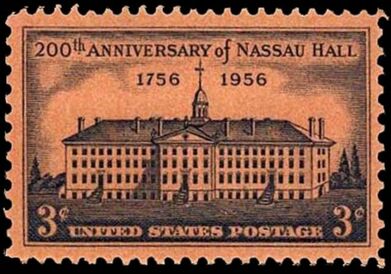 On September 22 of 1956
US Postal Service issues stamp commemorating 200th anniversary of completion in 1756 of Nassau Hall at then College of New Jersey (now Princeton), at the time largest stone building in the colonies
​
On September 25 of 1975
41-year-old singer Jackie Wilson suffers a heart attack while performing at the Latin Casino in Cherry Hill in the middle of singing one of his biggest hits, "Lonely Teardrops." He collapses to the stage, striking his head heavily, suffering brain damage and lapsing into a coma from which he never regained consciousness until his death over eight years later on January 21, 1984.

On September 25 of 2022
Former Governor James J. Florio dies at the age of 85. Florio, a former amateur boxer and Navy officer, served eight terms in Congress representing a South Jersey district including the City of Camden, where he authored the federal Superfund  law modeled on earlier state legislation to clean up polluted sites. As governor from 1990-94, he faced strong opposition as he successfully advocated laws to  enact a statewide ban on semi-automatic weapons, increase the sales and income taxes to raise $2.6 billion meet a funding shortfall and revamp the state’s school funding system to send more money to the poorest districts. He was defeated for re-election by Republican Christine Todd Whitman in 1993.

​
​On September 26 of 1892
John Philip Sousa and the 60-piece U.S. Marine Band perform the "Liberty Bell March" at the Stillman Music Hall in Plainfield
On September 27 of 1942
Glenn Miller, a resident of Teaneck, and his Orchestra perform together for the last time in the US, at the Central Theater in Passaic, prior to Miller's joining the Army as a volunteer to entertain the troops conducting an Army band. On December 15, 1944, his plane disappears over the English Channel on a trip to Paris and he and two others aboard are never found.
​

On September 30 of 1899
Gugielmo Marconi, a 25-year-old Italian inventor and electrical engineer,  transmits the first wireless message from a ship at sea to land, with the message received at towers he had erected at the Twin Lights in Highlands. Marconi's message reports the sighting of the Naval fleet commanded by Commodore George Dewey, which was returning from the Pacific after its victory over the Spanish in the Battle of Manila Bay in the Spanish-American War. Marconi later establishes a transatlantic overseas reception station in Wall Township.
​
​* January * February * March * April  * May
* June * July * August * September
​* October  * November * December