On November 16 of 2006
Milton Friedman, Nobel Prize winning economist who spent his youth in Rahway and was an alumnus of Rutgers University in the Class of 1932, dies at the age of 94.
​
On November 17 of 1944
Daniel Michael "Danny" DeVito, later a prominent actor, director and producer who received Emmy and Golden Globe awards for his acting in the television series Taxi, is born in Neptune.

On November 18 of 1776
Continental Army troops, after the British seize Fort Washington in New York, escape by ship to cross the Hudson to Fort Lee.
​
On November 19 of 1850
The first life insurance policy issued to a woman is bought by 36-year-old Carolyn Ingraham of Madison. 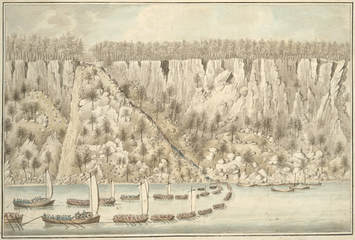 On November 20 of 1776
British and Hessian troops cross the Hudson River to attack the Continental Army at Fort Lee, forcing its retreat south across New Jersey.
​
On November 21 of 1776
​George Washington writes a letter to General Charles Lee stationed in Westchester County in New York to report the loss of Fort Lee and order Lee to bring his forces to New Jersey. Lee delays following the order, and when he does arrive in New Jersey is soon taken prisoner by the British when he visits a tavern in Basking Ridge, apparently to seek comfort from a prostitute. The incident is one of a series of conflicts which eventually leads to Lee's termination from the military.
​
On November 22 of 1963​
President John F. Kennedy assassinated in Dallas. New Jersey governments and businesses close during mourning period through Kennedy funeral on ​November 25.
​ 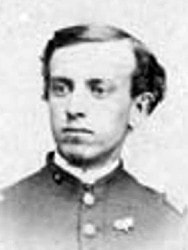 On November 23 of 1863
During Battle at Missionary Ridge at Chattanooga, Tennessee, Lt. John Toffey of 33rd New Jersey regiment is wounded and awarded the Medal of Honor for heroism. Toffey was later present at Ford’s Theater on the night of April 14, 1865, when President Abraham Lincoln was assassinated. After the war he served two terms as Hudson County sheriff, served as state treasurer of New Jersey from 1875 to 1891, as an alderman of Jersey City, and was elected as a member of the New Jersey State Legislature.

On November 24 of 1781
James Caldwell, pastor of the Presbyterian Church in Elizabethtown and active revolutionary who fought in the Battle of Springfield and became known as the "Fighting Parson," is killed by an American sentry when he refused to have a package inspected. The sentry was hanged two months later in Westfield for murder.
​On November 25 of 1991
An editorial in Princeton University's student newspaper, the Daily Princetonian, condemns Anita Hill, who had accused US Supreme Court nominee Clarence Thomas of making sexual remarks, but appears to have been plagiarized from the conservative journal National Review. 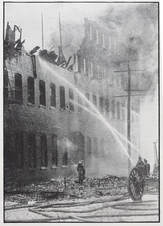 On November 26 of 1910
A fire breaks out in a Newark factory building with predominantly young women workers, resulting in six girls burning to death and nineteen others killed leaping to the street from fourth-story windows. The building is later found to have inadequate fire escapes, exit passages and other safety precautions.
​

​On November 28 of 1976
Harry de la Roche,​ an 18-year-old freshman college student at The Citadel, shoots and kills his mother, his father, and his two younger brothers while he is at home in Montvale for the Thanksgiving holidays. After his conviction by a jury of murder, he is sentenced to four concurrent terms of life in prison.
​ 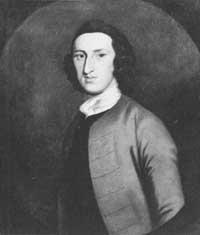 On November 30 of 1723
William Livingston is born in Albany in the British  Province of New York. After relocating to New Jersey, Livingston would serve as the first governor of the state of New Jersey, elected to 13 successive one-year terms by the legislature until dying in office in 1790.
​
​* January * February * March * April * May * June * July
* August * September * October * November * December